History of the Pritchett Family Farm

History of the Apple Orchard and Farm Market

Years ago, there lived a good, hardworking, Christian man whose name was William Tobe (W.T.) Pritchett. W.T. was an avid gardener. His grandson, Barry, says he remembers ‘Pop’ standing propped up on his hoe…watching for weeds to grow. While looking at his father’s Stark Brothers Nursery catalogs, one of his sons, Marvin, would dream about the colorful apples pictured there… of someday raising beautiful apples like those.

Well, Marvin grew up and married Rachel Evans (daughter of Ernest and Lela Sluder Evans). They had a son, Barry, in July of 1961. In 1965, Marvin planted his first orchard of 100 trees across from Liberty Church in Gilmer County. In 1966, he planted 500 more trees just a few miles away, on Tails Creek, on a farm adjoining his father’s land.

Around 1971, they built a 20’ by 20’ Red Apple Barn to sell their apples from. Barry remembers that they used to sit and shine the apples ‘on top’ in the basket with a towel. Their cider was stored in recycled 1/2 gallon orange juice jars after being cranked out on a hand-powered cider press. One day, ‘grandmaw’ and ‘grandpaw’ Evans worked all day and made a whopping 16 gallons!! The cider was kept cold and sold from an old Coca-Cola cooler. Grandmaw sold apples and made cider during the week while ‘grandpaw’ Evans tended the trees and picked apples. They all thought selling $40-$50 on Sunday was good!

In about 1975, they built a back portion onto the Apple Barn. It consisted of a bathroom, cider room and a room for storing and grading apples. In 1976, Marvin became an Elder of the Ellijay Church of Christ and started working at Astroturf in Dalton.

In June 1985, Barry married Rebecca (Becca) Huckabey (daughter of George and Laura Huckabey of Athens, Tennessee). In August of 1988, they were blessed with Joel William Pritchett, and in November of 1990, with Zachary Tobe Pritchett. The boys are following in their ‘Pop’s’ footsteps. They love to experience all the work and fun of the orchard and the Apple Barn. In 1990, Marvin doubled the size of the front of the Apple Barn. On some days, he still has trouble keeping up with the demand for his fried apple pies, fritters, cider and such. In 1993, The Atlanta Journal and Constitution, did a ‘Cider Taste Test’ of all the apple houses in the area. We are happy to say that our cider won 1st place!!!

Lots of folks tell us, “We’ve been coming to your apple barn for years!” We like to hear that!! Pop has built his business on customer satisfaction, the quality of his merchandise (after all, he’s had decades of experience!) and friendly service. He gets lot of help with the ‘friendly’ part, thanks to his two grandsons!! Some of their favorite sayings are, “Welcome to the Red Apple Barn!” and “Have a nice day!!” Church friends, family members, and in-laws often help out when it gets hectic – especially during peak leaf looking times.

In March of 1996, Marvin retired from Astroturf and was ready to devote his time to his ‘other’ full-time-job – growing his ‘dream’ apples. In the past few years, a new orchard has been planted and is now bearing delicious fruit. The “1966” orchard has been converted to pastureland for a few cattle. And some alterations have been made in the back of our Apple Barn to help make operations smoother.

On May 14th, 1997, we were blessed with a wonderful baby girl named Breann Elizabeth. She has picked up Pop's green thumb. She has quite an extensive plant collection in her home. Joel, Zach, and Breann have grown up so quickly! Our oldest son, Joel, married Emma Feltner in June of 2013 before finishing his final year of Dental School. Dr. Joel Pritchett DMD is a graduate of Regents University School of Dentistry. Joel, Emma and Graham(our grandson) now live in Sharpsburg, Georgia. Zach has dealt with challenging health issues but continues to help in all the ways he can. Breann graduated from College and is working in her field. Pop(Marvin) appreciates all their help through the years.

God has truly blessed our family! May He also bless you and yours.

Hope to see you soon! 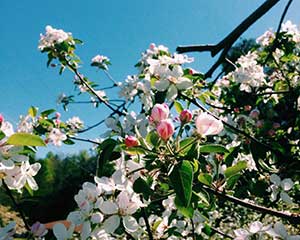 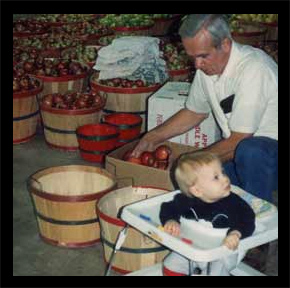 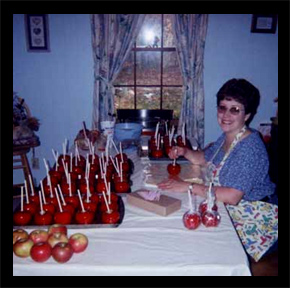 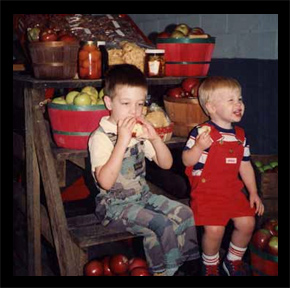 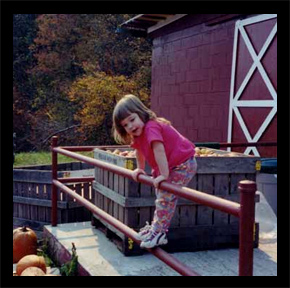 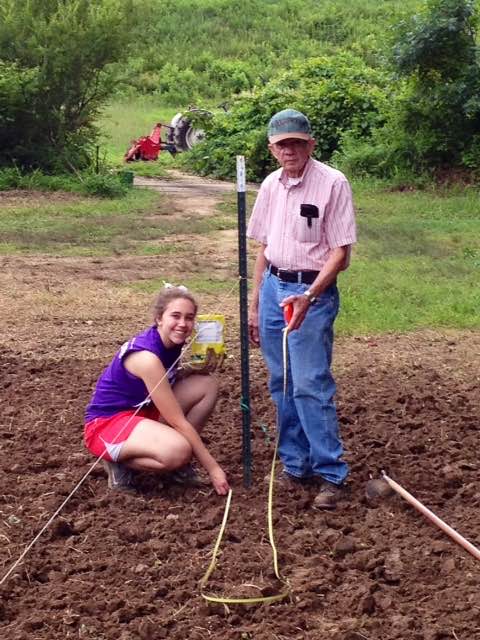